A downloadable game for Windows and Android

Your vision peels at the edges, folding in. Everything is white, empty. You spend a day seeing how many coins you can fit into the hollows above your collarbones.

You wonder how long it will take until there is nothing left of you to touch.

Made in 48 hours for the Global Game Jam 2018, Shrinking Pains is a short narrative experience that explores a semi-autobiographical struggle with anorexia through a mix of visual novel and interactive poetry.

Play as a sufferer of anorexia as they navigate their life and relationships.

Choose your partner preference before you play.

Isabella is a gentle girl with a wicked sense of humour. She is a professional violinist with a great love of sitcoms.

Taylor is prickly young man with a warm heart. He works as a software engineer by day and sells his knitting on Etsy in his spare time.

Yuuto has been your best friend for years and put up with your emotional baggage as long as he's known you. He's reliable, dependable and can't text to save his life.

Vivienne's claw-like nails chime against her wineglass when she's talking. They leave long red marks against your skin as she pulls you to the door...

Hunter looks good smoking in his leather jacket. When he puts his hand on your neck you don't know if you feel excited or scared...

Shrinking Pains deals with potentially distressing themes of mental illness and destructive behaviour. Be warned that some of the content is fairly graphic and may be upsetting to some players.

Shrinking Pains is a free to play Visual Novel about anorexia.

This game is very short and features simplified art with anime-like sprites, all of which is presented in black and white palette, with lots of white portraying the emptiness felt by the main character. You can pick what to eat or reply, in case choice options will be presented, which will lead you to a consequential ending.

You can read more about it in my review (https://gyepitypes.wordpress.com/2020/08/31/videogame-reviews-shrinking-pains/)

Remarkable. Evocative and effective. From how specific the experience was, I must assume that you met your aesthetic goal, which is always an achievement of its own, before even talking about the piece.

To me, the experience you built was a brief, somewhat horrifying, and quite profound slice of a very believable life, and even though it was a dark place I'm very glad that I went there with you. 🖤

First, as I noticed this is a semi-autobiographical story, I give you my deep condolences of the possibility of your closest person or even yourself went through this kind of pain....

Shrinking Pains brings a well-written point of view struggling with an Eating Disorder, which as its title hinted and the category of the probem : it is slowly "eating" the characters away from their lives, and a reminder to the importance of emotional support. The greyish tone and sketch-style graphics also amplify the distress of the characters, and an implication of the suffering they feels daily (like a "sketch" , writen and erased in every steps of completing the picture).

While a little rough around the edges, this narrative game is an insightful and personal look at eating disorders, and the ramifications they have on relationships. The heavy subject material is tackled with respect and the writing manages to remain grounded while exemplifying the nuance of a character coming to grips with mental illness.

The supporting characters were interesting and narrative is well paced. However I should point out that I was initially confused at the gender of the protagonist.

Narrative gameplay techniques like 'the illusion of choice' are used well here, and add to the overall feeling of inevitability that comes hand in hand with mental disorders.

Small bugs like loading times and the occasional text going off the screen are noticeable, but don't ruin the experience.

All in all, Shrinking Pains is powerful game that recognizes the turmoil faced by the thousands of people who suffer from eating disorders every day, and acts as a pertinent reminder of how our decisions affect the lives of those around us.

Hello Zaria, thank you so much for your comment! We intentionally left the gender of the protagonist vague. This was to illustrate that anyone, regardless of their gender identity, can suffer from an eating disorder.

(We better review the text and loading times... Thanks for the heads up!)

Thank you for your kind words. We are glad that Shrinking Pains resonated with you.

I didn't know when I first began Shrinking Pains that I was about to embark on a painful and eye-opening journey that would captivate me. The story of Shrinking Pains is well written, concisely addressing its themes without ever feeling like a caricature. It keeps you grounded in the realities of the unnamed protagonist, allowing you to connect with your avatar within the game, and craft your own history without conflicting with the plot. The use of repetition adds its own emotional symbolism, and is one of the most clever designs I've seen in a game.

The interface is intuitive and well-designed, communicating the themes of the game with simplicity. The graphics are impressive providing depth to the characters through visual representation. The audio is subtle and understated, never overwhelming what is going on, but adding an (at times) sinister edge to the developing plot.

I absolutely recommend this game to anyone who enjoys story games and visual novels, and think it ranks in the upper echelons of such works. Download it and give it a shot.

Thank you so much for your review and kind words. We are so glad you connected with Shrinking Pains.

Thank you for your kind words. We would love to make more games that deal with mental health in the future. :)

and also it gave me some inspiration to my book :v

so congratz, if I could I would give you a cake :v

Thank you! Please let us read your book when it's done. :)

but if it somehow becomes successful and get a translation for English, sure :v 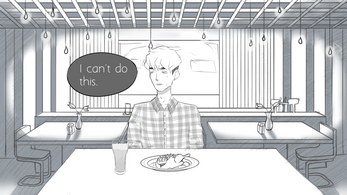 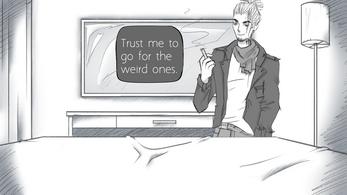 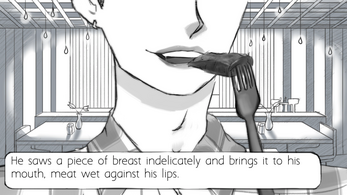 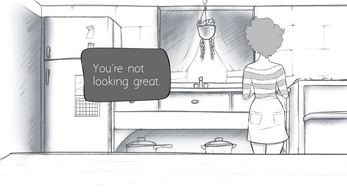 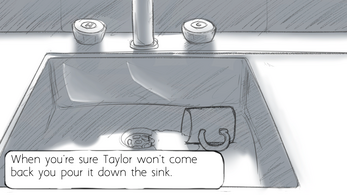